Oil sales are facilitated by secure trucking, storage and export contracts, with the oil being trucked from the Ungani Oilfield to a storage tank at the Port of Wyndham where it is then sold FOB under a marketing agreement with BP Singapore Pte Limited (BP), primarily to SE Asian refineries. Gross sales of Ungani crude during the year totalled approximately 218,000 bbls from three liftings at Wyndham Port. Buru Energy’s share of revenue from the Ungani Oilfield for the year totalled ~A$9,608,000 at an average received price of ~A$88/bbl (2020: ~A$11,304,000 at an average received price of ~A$52/bbl).

The Ungani 8H well was the third well in the 2021 campaign with the Ensign 963 drilling rig and was drilled as a horizontal well targeting an interpreted undrained section of the Ungani reservoir. The well spudded on 18 December and was drilled to a total measured depth of 2,605 metres into the Ungani Dolomite at a hole angle of some 76 degrees, substantially as planned.As the drill string was being retrieved prior to running the 9⅝ inch casing it became stuck

in the upper part of the Laurel Shale. Subsequent to analysis of the options for the forward program for the well it was agreed that ROC would undertake a sidetrack to complete the well as a sole risk operation. The Ungani 8 sidetrack was drilled to a measured depth of 2,473 metres in the Ungani Shale, with a further incident of stuck pipe and the well was suspended. All costs incurred undertaking the sidetrack were borne by ROC. 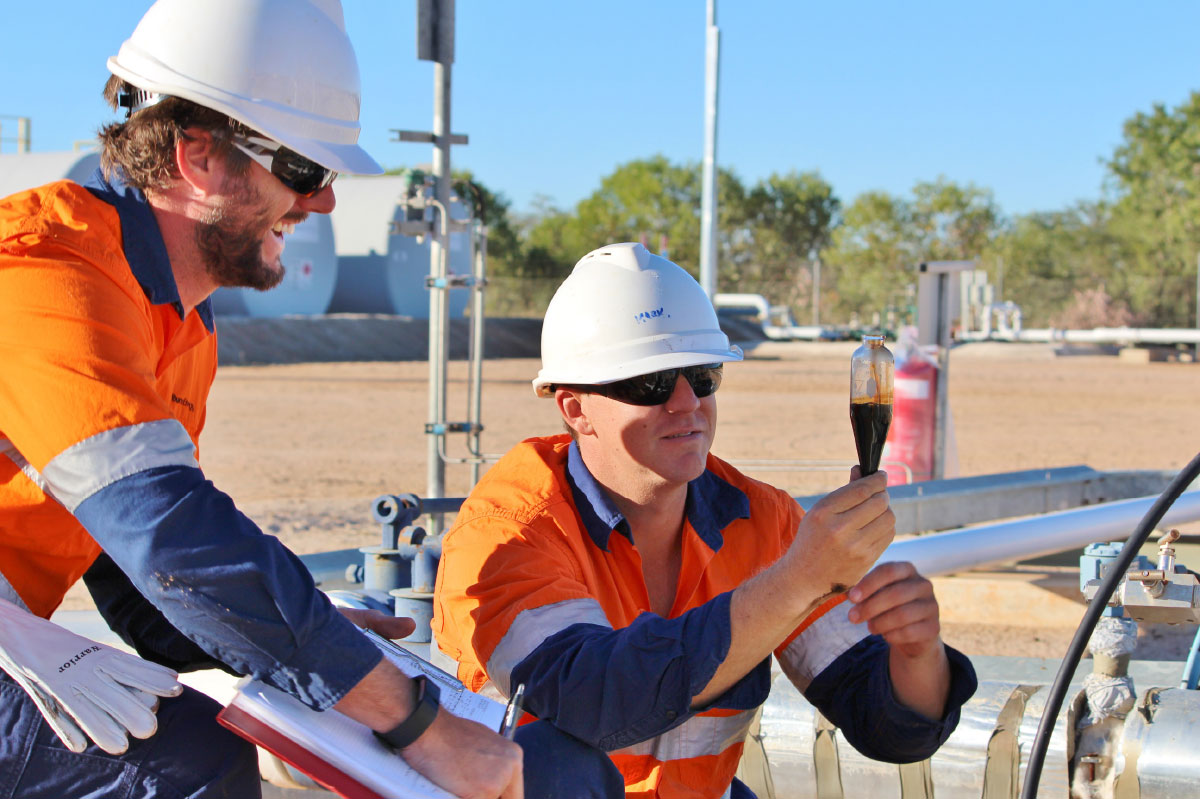